Normandy 1944 Map Update
When we started the DCS World War II series, we realized that one of the most important aspects of the series will be a great set of period maps to support the aircraft. Our first effort in this direction has been the Normandy 1944 map. Although originally scoped to just include the immediate area around the Normandy landing areas, the product has grown based on customer feedback and to create a great single player and multiplayer environment. This has taken the us in the following directions:

While not planned from the start, we have now added a portion of southern England, directly opposite of Normandy. This area includes the RAF airfields of Tangmere, Ford, Chailey, Funtington, and Needs Oar Point. While not at the detail level of Normandy, we believe these airfields will add valuable gameplay options.

Another map task we are working on is the inclusion of Le Havre city and port and providing all the cities and towns many types of every-day objects to make the urban areas look lived-in. This includes cars, carts, bicycles, tractors, laundry lines, etc. Along the Normandy coast, our team is also creating the “Atlantic Wall” with coastal batteries and pill boxes.

The team is also working realistic road and rail traffic that includes the option for period trains and auto-generated road traffic. In addition to the map, a very important aspect to create an immersive experience is to have the option to populate it with period air, land, and sea units. Many such units are being created now, and one of these new units includes the AI B-17G bomber. We are happy to share the first images of the B-17G in the game. Inclusion of the B-17G will provide more interesting gameplay options for the P-51D and Fw 190 D-9. 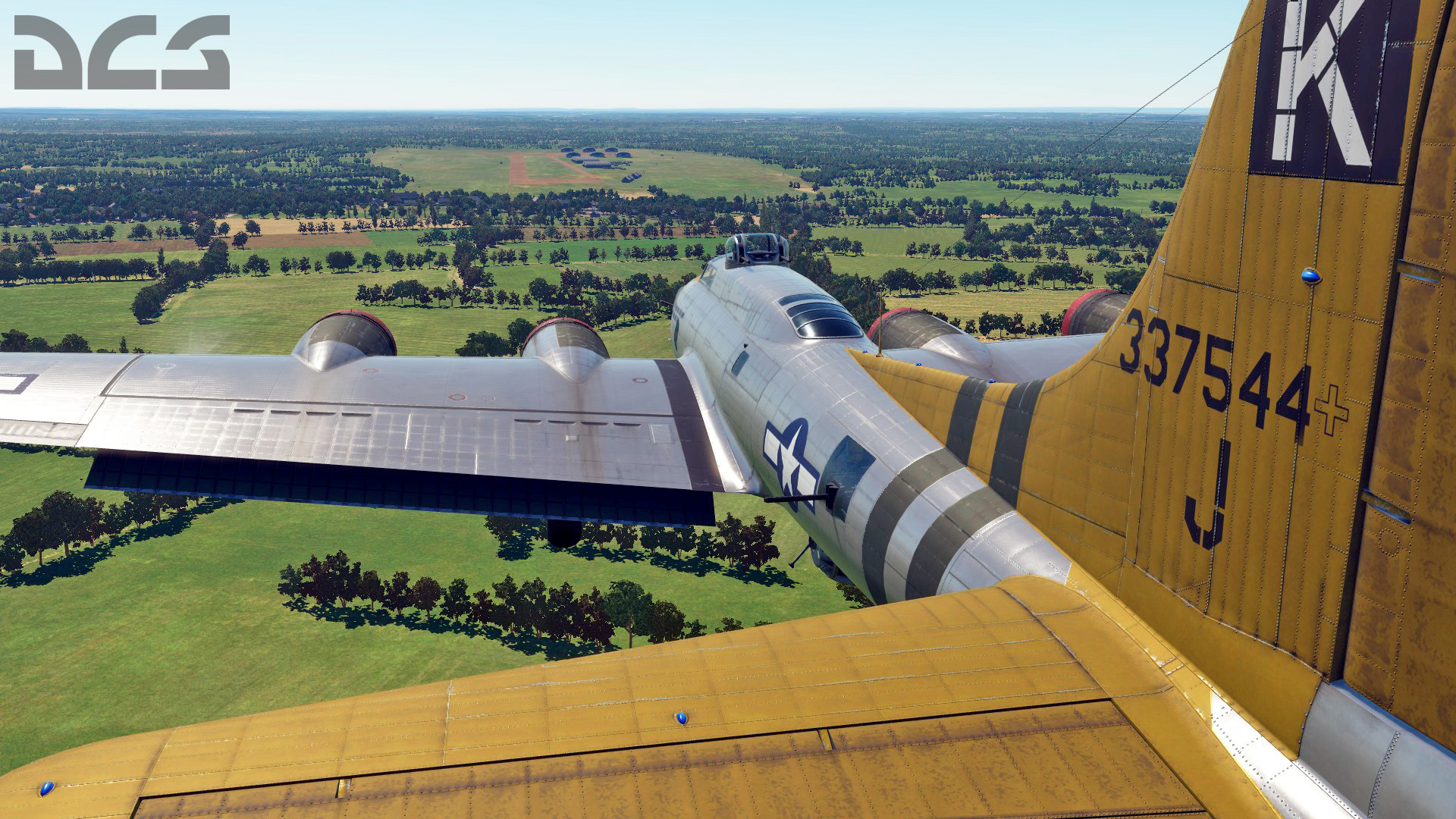 The Normandy 1944 map is rapidly coming together and we hope to have it in your hands soon. To give you a preview and answer questions you might have about the map, we will be broadcasting a live stream video of the Normandy 1944 on 25 February. Please find the details here: https://forums.eagle.ru/showthread.php?t=183172